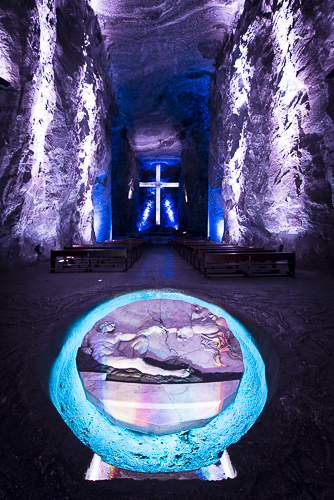 Not being an advocate of organized faith, I usually don’t get too excited to visit religious establishments, but this underground Roman Catholic church sounded oh so intriguing. I could have never predicted what I was about to lay eyes on. The first word that comes to mind when I think of this place is “Trippy;” think modern-psychedelic, Colombian style. A former salt mine, converted into a functioning Cathedral, 200 metres below the earth’s surface, this architectural amazingness possesses a strange and powerful energy. The glaring neon lights paired with the overabundance of cool salt minerals confuses the senses and prompts infinite questions. I had every intention of presenting the photos monochromatically, feeling the fluorescent lighting was reminiscent of a theme park. However, as I was editing I began to appreciate the colors. They give the otherworldly mining tunnels additional vivacity, and help the viewer to differentiate the various crosses, which otherwise could become visually redundant. Thank you, to the creative mind that decided to rescue this old mine and turn it into a stunning, thought-provoking, usable space. 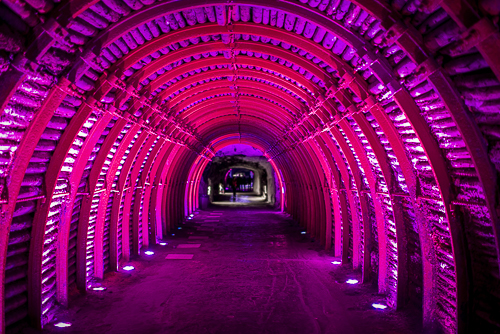 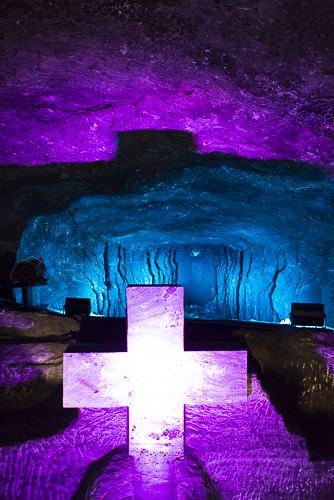 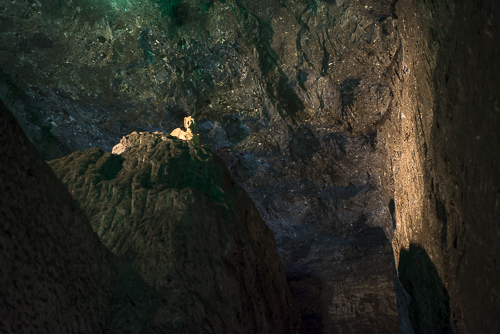 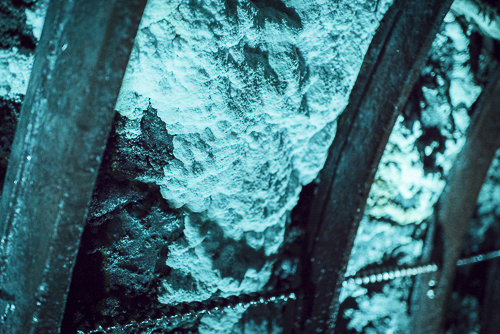 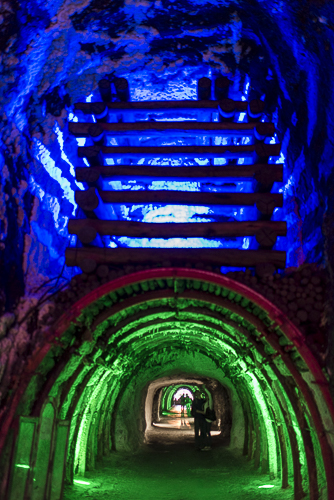 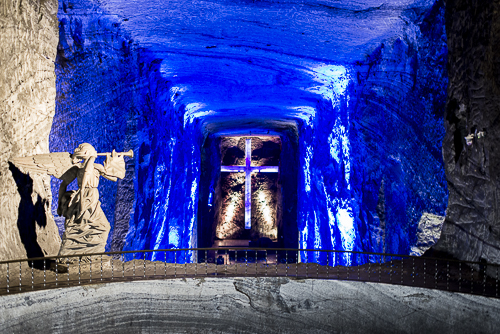 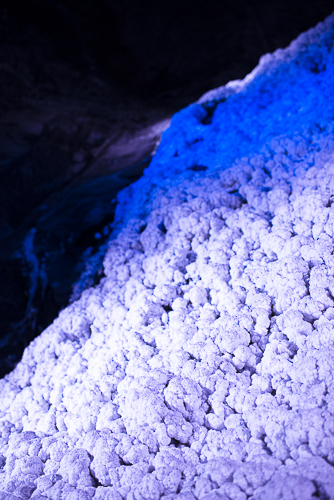 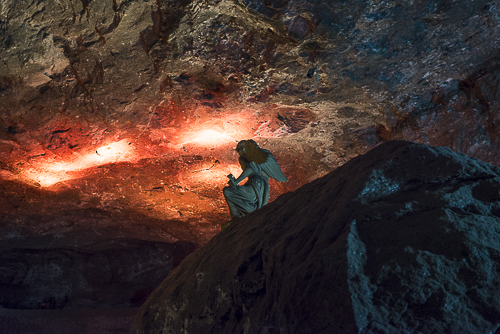 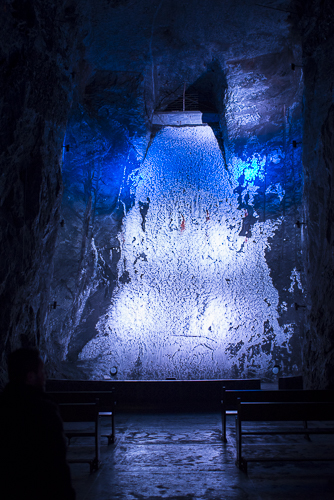 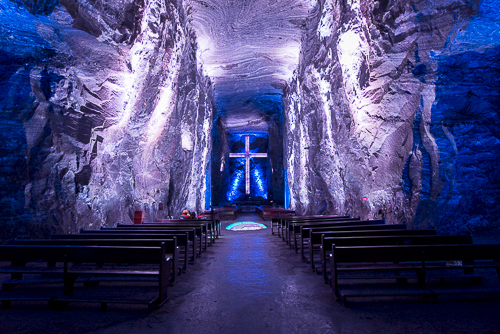